Autumn rolls around again, with its vibrant hues, misty mornings with that certain special smell in the English air and then it’s certainly time to set off for the annual European Doula Network conference! This year was hosted by the Polish doula association ‘Doula w Polsce,‘ in Warsaw.

The quote that comes to mind when I look at the photo of the group of doulas who attended is by Margaret Mead, who said: “Never doubt that a small group of thoughtful, committed citizens can change the world; indeed, it’s the only thing that ever has.”

The European Doula Network hosts a conference every year, bringing together doulas from all over the world to share stories, tears and laughter to support each other in our doula journey. We learn and share and come away bigger and bolder than ever before…ready to change the world! It’s a real melting pot of languages, customs and reflection of birth culture from all over Europe.

The EDN is an umbrella organisation, with 41 Associations and Trainings across 25 countries. All members of each association are members of EDN by default. The Warsaw conference was attended by 50 doulas from 12 countries, and I was fascinated to hear each their presentations about the situation in their country for doulas and birth. Here is a summary of what they said:

In Poland there is one doula association that was formed in 2011 (although the first training was in 2009). They do 2-3 trainings per year and it is a year long course. There are approximately 170 doulas, mostly in Warsaw, with 30 certified doulas.

Most women give birth in hospital, and only a few homebirths. Despite official recognition by state, doulas are still not allowed in all hospitals. People still don’t know what a doula is. The association campaign with bags and badges (slogan – ‘if you want to know more about doulas, ask me’) so that doulas start to be recognized. There can be tension between doulas and midwives, depending on the area. Find out more: http://www.doula.org.pl/

In 1997 there were just three lay doulas. In 2007 doula training was organized by midwives, but it wasn’t appropriate scope of practice for doulas. In 2010, DONA doula training came from The United States and the Greek doulas became an official organization. Since 2012 the Greek Doula Association has been doing its own training for new doulas.

The current birth situation in Greece is a high rate of medicalized and traumatic births with a growing number of traumatized mothers wanting to become doulas. There are signs of difficulties between doulas which includes competition, isolation and giving up. Doulas are mostly not accepted in hospitals due to midwives’ hostility/suspiciousness. Find out more: http://www.eutokia.gr/

The Swizz doula movement is twenty years old and works across four languages ((French, German, Italian and Romanish). There is currently challenges with internal politics and a big question for them is: should doulas be mothers?

It is still difficult to make a living as a doula.  There are also issues surrounding the presence of doulas in hospitals and birthing houses although midwives are beginning to appreciate doulas (from toleration to collaboration) and work as team. Find out more: https://www.doula.ch/

This is a small country with an even smaller representation as this doula only covered the Flemish speaking north of the country, the south is covered by different doula association who work in French, but were not present at this meeting.

Their association was founded in 2006 with 5 members but it wasn’t until 2014 that it really took off with 31 active members. Since 2015 they have their own doula training (44 hrs, 2x3days). Their goals for near future include a mentoring program, local doula networks, evaluation of training and more workshops. Find out more: www.dedoula.be

There has been a core group of doulas since 2006 that has also been organising an annual conference for the last 14 years called “Journees de Doulas” or “doula days.”

There are difficulties in France because being a doula is not officially recognized as a profession and doulas need to be very careful about how they work. Some doulas do not respect the law or do not know their limitations so they are illegally practicing medicine.

France has 78 doulas from Doulas de France, and some more from other trainings. Doulas follow a nationally recognized core curriculum, whether they trained by DDF or not but in the last 2 years USA or Canadian doula trainers create problems: doulas coming out of these programs either practice illegally or are isolated. On the good side there is an increasing trend among medical professionals promoting doulas. Find out more: http://doulas.info/ 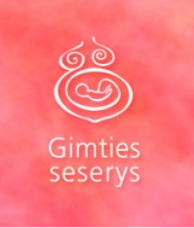 This association has only been going since 2014. So far, they have run 2 doula training courses and 50 women have participated with 15 active doulas working all over the country. Their training lasts 12 weekends; meeting once a month for a whole year. Some of the difficulties include doulas who work but don’t join the association which decreases enthusiasm, depleting energy also it is hard to make a living as a doula. Future plans include postpartum doula training. Find out more: www.dula.lt

There has been an organized doula association in Croatia since 2013, training over 100 doulas. The association now has 20 members. Doulas can work in hospital births, as doulas or companions.

There has been a doula run program since 2015 teaching a free, crash course on birth around the country. They have talked about: optimal protocols for birth; reality of hospital system; women’s rights; bridging the rights and the system.; equal conversation and self-representation for women. Launching the “Off your back for birth” Song: “Turn your back to the midwives” (midwife is responsible for birth and are treating women badly). Find out more: http://www.doula.hr/

There are two associations with different doula programs (1 and 2-yrs long in 6 or 12 weekends respectively). You can only be a member of the association you do the training with.

They also have an ‘association doula card’ with the status of doula to show hospitals if the doula is a student or recognized.

Difficulties within the association include the fact that up to now the whole thing has basically been run by one person, who left a few months ago taking all know-how, mailing lists, etc with her. On the positive side the group of doulas are now looking for a new structure in the organization/sharing responsibilities, knowledge etc. Find out more: http://www.duly.cz/ and mojedula.cz 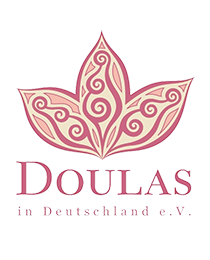 In Germany there are 2 well established doula associations. We heard from the Doulas in Deutchland (DID) representative that this association has been running since 2008 and has 160 members, with around 50 actively working. Their training is 1 year long and covers birth and postpartum. Not everyone who does the course goes onto become certified, which takes another 1.5 years. In 2016 there were 160 births in Germany accompanied by a DID doula.

Doulas are recognized in hospitals. Some midwives are scared but if there is communication and work together then there is no problem. Find out more: www.doulas-in-deutschland.de or http://www.gfg-bv.de/

This is a big country but it has a low population (340,000 approx) and has a low birth rate – there are more deaths than births! The country has one birth centre and a 2% homebirth rate. Doulas are not allowed in hospitals, only one birth companion is allowed.

The doula association formed in 2013 and has 15 members, 8 of which are certified doulas (not all are doulas in Iceland are members of the association though). They have their own 8-month doula course. Find out more: http://www.doulur.is/

The representatives from Spain found it quite amusing to share that are from originally from Argentina and Uruguay, although they have both made Barcelona their home!

Spain has many doula organizations including: Red Circular de Doulas. Many Spanish doulas don’t speak English. As you may have heard there was a doula crisis in Spain in 2015, after this some doula trainers stopped working.  There are now 10 doula trainings in the whole of Spain with 3 in Barcelona. Find out more: http://redcirculardedoulas.blogspot.co.uk/

Due to vastness of the country Russia has on-line doula training taking 14 weeks with 2 trainers and has run 9 programs since 2015. Now there is also doula training in birth wards of hospitals and doulas are more popular but still not recognized as an official profession.

There is the Russian Doula Association but no collaboration with other doulas. https://doula.link/

Austria is a landlocked country in the middle of Europe. Angelika Rodler was the first doula, founded doula training and in 2006 Austrian doula association: Doulas in Austria – DIA. Angelika’s beautiful space was built in 2012 (http://elysia.at/ueber-uns). There have been 400-500 trained doulas, 60 of which are currently actively attending births. Campaign idea: an active doula not only attends birth but also talks to women about birth.

DID has a lot of doula projects on the go, including: a doula choir, CDs, t-shirts, armbands, Rebozo workshops, a big social media presence and a language group. AND they are hosting the 2018 European doula Network conference in Vienna will be just before the full moon in September 21st-23rd. Find out more: http://doula.at/

The European Doula Network is an umbrella organization for associations & doula trainings. Membership is about exchanging experiences. Learning from each other, optimizing work and growing in quality and number and to raise the profile of the work of doulas across Europe and beyond. All members of Doula UK are automatically members of the European Doula Network. If you are not a DUK member and want to join the network you are welcome to join individually as a ‘friend’.

The annual EDN conferences have been well attended by the delegates from member organisations, with more joining each year. Now the doors have been flung wide open to make sure that every member of each organization that is part of the EDN knows they are invited and very welcome to join as well. Tempted? See you on the 21st – 23rd September 2018 in Vienna, Austria!

Tickets to the conference generally cost under 200 euros and include all workshops and food from Friday evening to Sunday (but not accommodation) and will go on sale soon. Follow the EDN page on Facebook or join the mailing list via the website to stay connected.

Article by Hazel (Tree) Acland, Doula UK rep for the European Doula Network. Hazel lives on an organic smallholding in Devon where she divides her time between birth work, women’s circles, growing food and parenting. She is an author, birth doula and antenatal educator and runs the local home birth support group. www.authenticbirth.co.uk

Any errors in this article are entirely the fault of the author. This article was originally published on the Doula UK blog and can be seen here: https://doula.org.uk/european-doula-network/

This site uses Akismet to reduce spam. Learn how your comment data is processed.