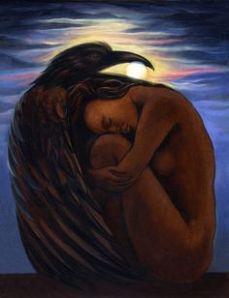 Welcome to the gateway into the Mother Night ~ the longest night of the year for those of us in the northern hemisphere. The Winter Solstice is a tipping point, the north of the Earth reaches its furthest point form the sun. The dark night is a place of dreaming and visions. Ride the horse of Rhiannon as she travels through dreams transporting them to the place between the worlds where they can create their own visions, giving them a gift of what they need most, helping them to make real their dreams.

Then from the darkness new light is born, on the endless journey of birth, death and rebirth. Throughout the world gods and goddesses of light were being born during the Winter Solstice celebrated through festivals of light to mark the rebirth of the sun. The Egyptian goddess Isis delivered Horus whose symbol was the winged Sun. Mithras, the Unconquered Sun of Persia, was born during the solstice, as was Amaterasu, the Japanese Goddess of the Sun. Rhea gave birth to Saturn (son of the Father of Time), Hera conceives Hephaestus, and Quetzalcoatl and Lucina (“Little Light”) also celebrate birthdays at this time. Lucia, saint or Goddess of Light, is honored from Italy to Sweden, crowned with candles to carry us through the darkness. The birth of Sarasvati, the Hindu goddess of knowledge and the Queen of Heaven, is also celebrated during Yule-tide. And the birth of Christ consciousness into the world… Christmas. The decision to establish December 25 as the “official” date of Christ’s birth was made by Pope Julius I in the fourth century AD, hoping to replace the pagan celebration with the Christian one, since this date coincided with the pagan celebrations of Winter Solstice with the Return of the Sun Gods occurring throughout the world.

In ancient Europe, this night of darkness grew from the myths of the Norse goddess Frigga who sat at her spinning wheel weaving the fates, and the celebration was called Yule, from the Norse word Jul, meaning wheel. The Christmas wreath, a symbol adapted from  Frigga’s “Wheel of Fate”, reminds us of the cycle of the seasons and the continuity of life. In Northern Europe, the year’s longest night is called ‘Mother Night’ for it was in darkness the goddess Frigga laboured to bring the Light to birth once more. The Young Sun, Baldur, who controlled the sun and rain and brings fruitfulness to the fields, was born.  Frigga’s blessing is invoked for all birthing women, and a white candle that last burned on the solstice is a charm to provide a safe delivery. The mistletoe’s association with the holidays come from the myths of the goddess Frigga. The plant’s white berries were formed from  Frigga’s tears of mourning when her beloved son Baldur was killed by a dart made from mistletoe. Some versions of the story of Baldur’s death end happily. Baldur is restored to life, and the goddess is so grateful that she reverses the reputation of the baleful plant, making it a symbol of peace and love and promising a kiss to all who pass under it.

Ceremony gives us a form with which to honour this flow of life, the interconnectedness of us all with each other and the beautiful world we live in.  And how do we in our modern busy world make the space to mark this time, to carve a space out to honour where we are in our journey? It doesn’t need to be complicated, just with intention is enough.

Try turning off the artificial lights and spending time in candlelight, filling the house with candles. Maybe your living space feels cluttered and reflects the chaos inside? Take time to clear out what you no longer need and make space for the new to come in.  Thinking about the last year, is there anything you wish to let go of? Write it down on a piece of paper and then burn it ~ releasing the old, transforming the present. Or invite friends and family around to celebrate together in a circle as our ancestors have done since the beginning of time.

However you choose to mark this time know that all over the planet others are joining with you in heartfelt intention, to celebrate this tipping point.

Blessed be and may we all find peace and strength in the darkness and return to the growing light refreshed and restored.

~thanks to Goddess Gift for inspiration around the ancient myths

This site uses Akismet to reduce spam. Learn how your comment data is processed.

Click here to find out more about upcoming events 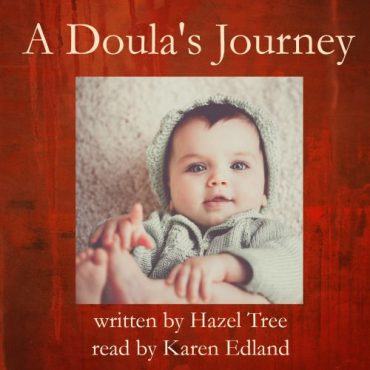 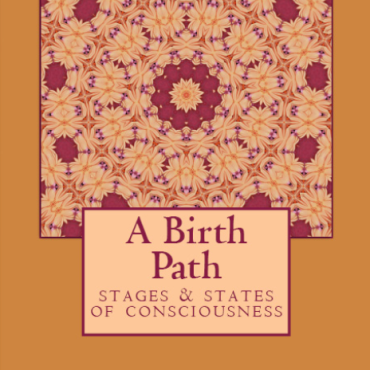